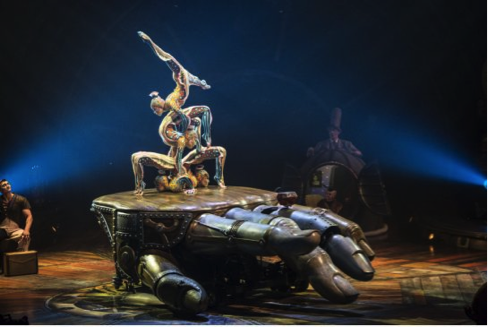 With the last few hazy weeks of summer remaining, we rounded up a list of some exciting events running through the remainder of August so you can get the most of the end of your summer. Although the fall season is not short of it’s own events, here are some ideas to finish off the summer with some sun and fun.

June 1st to September 28th, every Sunday 11 am – 4 pm
From heirloom vegetables and goat soaps, to delicious cured meats and vegan skin care products, the market hosts vendors selling local, artisanal products all from within 100 miles of the market itself. The market will be open rain or shine at Trinity Square in the Distillery District through the end of September.

On two Sundays in August, Open Streets TO will be “soft closing” two major Toronto routes, where traffic will only be able to cross at select intersections. The first event will be running from the Annex to St. Jamestown along Bloor Street, and the second down Yonge Street from Bloor to Queen Street. Ten kilometers of major routes will be closed to traffic, and open to pedestrians and bikers. You can find activity hubs featuring everything from pop-up yoga classes, to interactive art installations. There will be no outside vendors, but all businesses along the route will be open for service as usual.

The third installment of three annual shows will be taking place in late August. Art Fest will feature exhibitors from previous shows, as well as new faces to the Art Fest scene. The show features everything from acrylic paintings and sculptures, to bronze work jewelry, as well as live music and art workshops for kids. Here’s a great way to get the family out during Labour Day weekend.

Cirque du Soleil’s KURIOS – Cabinet of Curiosities
Opening August 28th
Kurios is the newest addition in the Cirque du Soleil repertoire and will be playing under the Grand Chapiteau down at the Port Lands, a short walk from both the Distillery and St. Lawrence neighbourhoods. This new production, which will be Cirque’s 35th show since 1984, will take a cue from the late 19th century and the story will focus around the curio cabinet of a wildly ambitious inventor. According to The Toronto Star, this is one of Cirque’s “strongest act in years.” Here’s a fun night for both children and adults alike.

Although slightly outside the neighbourhood, the annual CNE kicks off this Saturday at Exhibition Place, with many activities for families, foodies and carnival ride enthusiasts. Try this years newest, and most outrageous culinary concoctions — including Thanksgiving Waffles, cocoa fried chicken, butter coffee, s’more baos and the Elvis grilled cheese. If you’re feeling adventurous about other things than food, check out the rides, live music and entertainment that never disappoints.

Image courtesy of the Toronto Star.